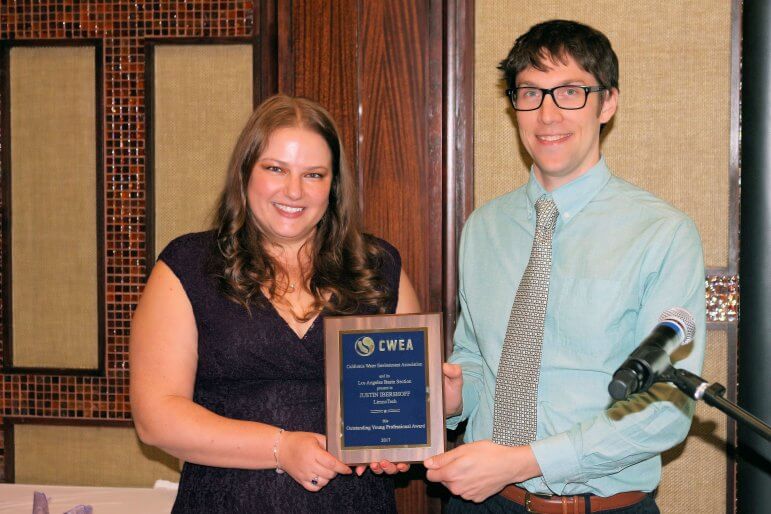 Justin Ibershoff of LimnoTech’s El Segundo, California office has received the 2017 Outstanding Young Professional Award from the Los Angeles Basin Section (LABS) of the California Water Environment Association (CWEA). Justin was nominated for the award for his work in performing and managing several water resource projects in southern California, and for his many contributions to the LABS CWEA.

Justin has been an environmental project engineer at LimnoTech for nine years, specializing in computer modeling of hydraulic systems for clients across North America. He started in LimnoTech’s Ann Arbor, Michigan office, and transferred to the new office in El Segundo in early 2014. In addition to developing computer models, Justin performs data analysis and designs databases for management of a wide variety of environmental data. He has also taken on many new responsibilities in growing the southern California office for LimnoTech. His important contributions to CWEA include filling the role of Treasurer for the LABS Section of CWEA.

Congratulations, Justin, on a well-deserved award!