Early in the morning on Monday, April 16, Washington DC (the District) received about 1.5 inches of rain over a span of 3 hours. The new section of the DC Water Anacostia River Tunnel performed as designed. Before last week, this intense rain event would have meant a significant combined sewer overflow (CSO) event, dumping hundreds of millions of gallons of diluted sewage into the Anacostia River and causing bacteria and other pollutants to spike in the river.

In late March 2018, the first section of the new Anacostia River Tunnel System, from RFK Stadium to the Blue Plains Advanced Wastewater Treatment Plant, was placed into operation. On Monday, April 16, the 23-foot-diameter Anacostia River Tunnel intercepted the overflow and carried it underground to the Blue Plains Tunnel, storing it until treatment capacity was available at the Blue Plains Treatment Plant. The storm was large enough to fill the tunnel to capacity and overflow, but that overflow was significantly less than it would have been. The tunnel performed as designed, preventing large amounts of bacteria, nutrients, trash, and other pollutants from reaching the Anacostia River. 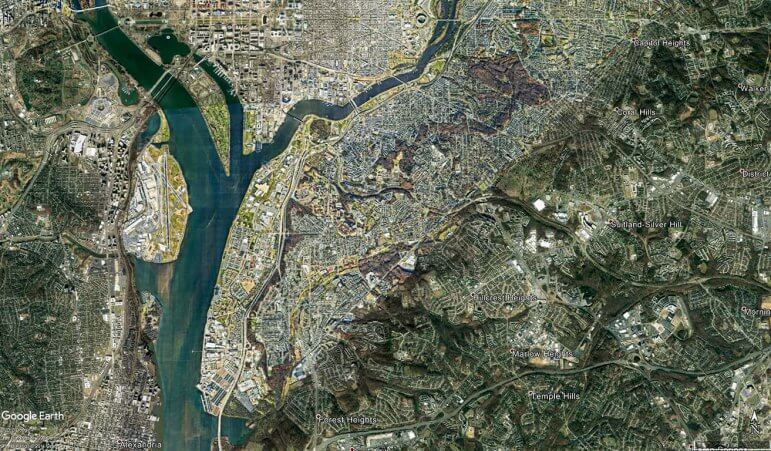 LimnoTech has been an integral part of the planning, design, and construction of the Anacostia River Tunnel since the origin of the project in the 1990s. Working under subcontract to Greeley and Hansen, LimnoTech has provided hydrologic, hydraulic, and water quality modeling for DC Water to support development of the District’s new tunnel system, as well as the implementation of a Long Term Control Plan (LTCP), including green infrastructure planning and design initiatives.

A sample of what we’ve done in support of the new Anacostia River Tunnel includes:

This milestone event is the result of DC Water’s concerted efforts towards restoring the District’s waterways, as well as countless individuals who have contributed to the design and construction of the new tunnel.

As an environmental engineer, it is rare to witness such a tangible contribution to improving water quality. This milestone event was the result of DC Water’s concerted efforts towards restoring the District’s waterways, as well as the countless individuals who have contributed to the design and construction of the new tunnel. Congratulations to the entire Anacostia River Tunnel project team. To learn more about the Anacostia River Tunnel and this event, read DC Water’s article here.

We are excited that our work with DC Water will continue into the future, supporting the buildout of the Clean Rivers program and water quality standards compliance on the District’s waterbodies. If you have questions and want to learn more, feel free to contact me.

Steve Skripnik, PE, is a senior environmental engineer with expertise in stormwater runoff and watershed management issues, surface water hydrology, and low-impact development. Steve has experience in a wide range of open-source and proprietary modeling tools to support the development and of TMDLs review , permits, planning documents, and infrastructure design and planning projects.

We applaud the US #NBS Roadmap – it outlines ways to scale up nature-based solutions to address climate change, nature loss, and inequity to help strengthen communities and support local economies. Let’s get to work! Details shared by EWN®: bit.ly/ewn-erdc-nbs-… pic.twitter.com/whpT…

Well, this is exciting news to be in the top 20! What an honor for our dedicated staff, clients, and partners who share their #GreatLakes work to protect and restore this incredible and shared water resource. twitter.com/SustMeme…